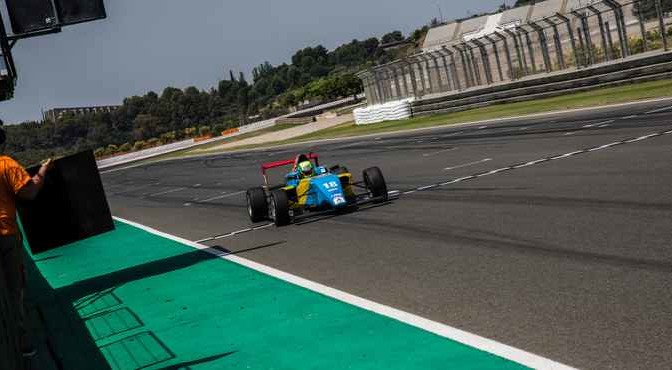 The Figueres native will contest the Round 3 of the Spanish F4 Championship at the Autódromo Internacional do Algarve in southern Portugal. Pujeu aims at strengthening his championship lead at the halfway point of the season

Only two weeks after the Valencia round, the engines of the Spanish F4 Championship roar again in the Iberian Peninsula with the Formula 4-based racing series heading to Portimão. The Autódromo do Algarve, is 4.692 km long and Pujeu is entering into a totally new dimension as it will be the first time he has the opportunity to experience the track.

“I never ran in Portimão so far because despite I raced during my karting career there, it was the kart track, not the Autódromo! So, the Formula 4 experience will be completely new to me. I know there are a lot of fast corners with loads of hills, which make it quite demanding. No doubts the Autódromo is one of the fastest circuits on the calendar. Besides, it’s quite easy to lock up the front tires and it could damage them quite early. So, tire management will play a key role. We must race smart”, explains Pujeu. The young driver of FA Racing continues saying: “after our tough weekend in Valencia due to engine issues, my team and I have worked a lot. We want to recreate the sort of form that saw us win three races at Motorland Aragón. I hope to achieve good results and continue leading the Drivers’ championship or further strengthen it.”

Pujeu sits first in the standings on 81 points, three points clear of Malaysian Nazim Azman, with four rounds to go.