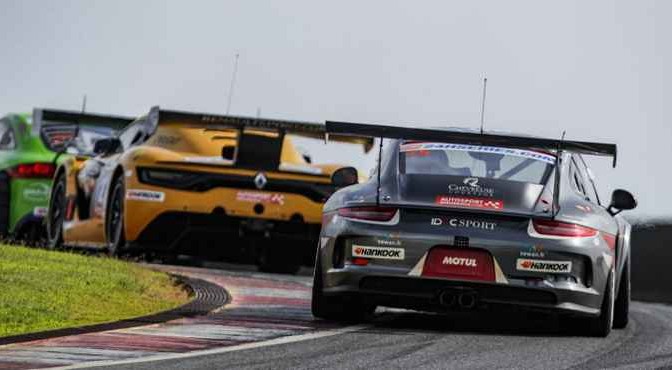 Launched last year to great acclaim, the Hankook 24H PORTIMAO is again on the calendar for the 24H GT SERIES and the 24H TCE SERIES, both powered by Hankook. From 6-8 July, the Autodromo Internacional do Algarve, beautifully located in the rolling hills of the Portuguese Algarve region and conveniently close to the Atlantic coast, will be hosting the second running of the Hankook 24H PORTIMAO. Currently, the entry list includes almost 40 cars, with 22 entries in the GT class and 15 teams in the TCE division. Following the successful debut in the previous round at Imola, there will be separate starting groups with separate pole positions for the GTs and touring cars again.

Teams and drivers who participated in the inaugural Hankook 24H PORTIMAO last year were unanimously positive about the challenging circuit with plenty of undulation and its excellent facilities that even include a swimming pool in the paddock. Nice weather is again expected for this year’s edition of the race and the Algarve region while the nearby cities of Lagos and Portimao provide a great variety of accommodations, leisure activities and nice restaurants with excellent Portuguese and international cuisine.

Reigning GT and overall team champions, Hofor Racing, lead the entries in the GT segment with their Mercedes-AMG GT3. Last year’s Portimao racewinners, Bohemia Energy Racing with Scuderia Praha, are back with an identical line-up in the Ferrari. The A6 class has a total of nine entries with four Mercedes-AMG GT3s, three Audi LMS GT3s, the aforementioned Ferrari 488 GT3 and a Renault R.S. 01. The SPX class has five cars listed: two Lamborghinis, two Porsches and one MARC Focus V8. A total of five Porsche 991 Cup cars is racing in the 991-category while GT4 class has one Audi, one Ginetta and one Mercedes entered. The TCR class spearheads the touring car segment in the field with a good mix of Audi, Cupra, Peugeot and SEAT adding up to a total of seven cars. The SP3 class provides variety, too, with one Lotus, one BMW, one Ginetta and a pair of Lamera Cup cars. Two BMW M235i Racing Cup cars in the CUP1 class round out the field.Following private test sessions on Thursday, 5 July, and Friday morning, 6 July, official track action starts with free practice from 13.30-14.50 hrs, followed by qualifying for the 24H TCE SERIES from 15.40-16.10 hrs and qualifying for the 24H GT SERIES from 16.20-16.50 hrs. Night practice will be held on Friday evening from 20.30-22.00 hrs. The warm-up for the race is scheduled on Saturday, 7 July, from 9.00-9.30 hrs. The race starts at 15.00 hrs and finishes on Sunday, 8 July at the same time (all times local in Portugal, CET is one hour later). The race can be followed live on the series’ website www.24hseries.com and YouTube channel as well as Motortrend on Demand. The Radio Show Limited team, well known from Radio Le Mans and IMSA Radio, will be on site for live commentary during qualifying, night practice and the race. There will also be regular updates on Twitter, Facebook and Instagram (24H Series).

The programme at Portimao includes single-seater action as well, with a total of three races for the Spanish Formula 4 Championship, one on Friday and two on Saturday. Hankook is the official title sponsor and exclusive tyre supplier for the event, Panta is the official fuel supplier. The following companies will be present with sales and service booths in the paddock at Portimao: DRD international for pit equipment, screen protection etc., Speedcom for radio communication equipment and support, Aircharge, specialised in wireless mobile charging products, and Circuitvanhout that has produced the beautiful new trophies for the prize-giving ceremony. Further information can be found at www.24hseries.com