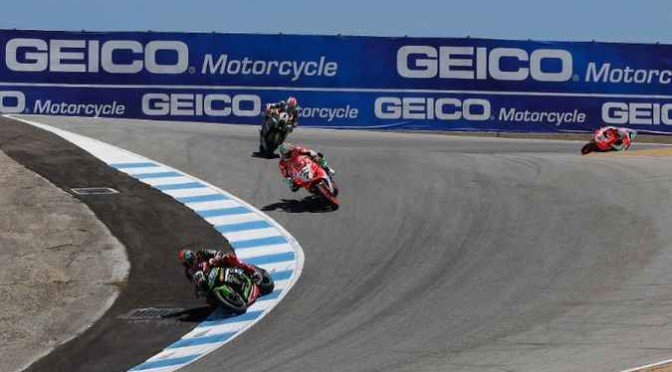 Continuing their unrelenting support Stateside, GEICO Motorcycle and Dorna WSBK Organization are delighted to announce their partnership once again as the American company are named as Event Main Sponsor for the US Round, this June 22nd – 24th.

Supporting the MOTUL FIM Superbike World Championship for the fifth season in succession, GEICO Motorcycle are an invaluable supporter of the championship and their sponsorship and will no doubt offer another sensational event at the WeatherTech Raceway Laguna Seca.

One of the largest and most popular insurance companies in America, GEICO was founded in 1936 and has gone from strength to strength over the decades in the United States. Basing their headquarters in Chevy Chase, Maryland, they are actively involved in many motorsports and have an unwavering passion throughout their company.

Their coverage and commitment to the insurance industry as well as the motorsports areas they support are values echoed within the WorldSBK paddock, which makes it the perfect partnership. Heading into the eighth round of the MOTUL FIM Superbike Championship, Laguna Seca will once again host an unpredictable weekend full of pure drama and adrenaline.