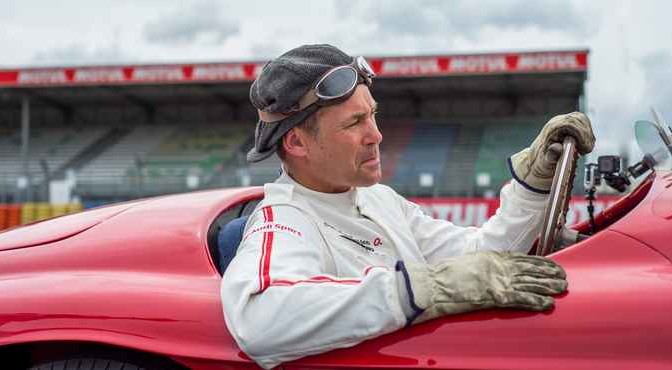 Eurosport will celebrate the past and present as the number one destination for sports fans readies itself to deliver the 2018 24h of Le Mans.

Eurosport will show 38 hours of original programming in the lead up to, and during, the 24h of Le Mans race. With this year’s race featuring motorsport icons Fernando Alonso, Jenson Button and Juan Pablo Montoya, Eurosport’s build-up will include the latest news, views and interviews in Le Mans Extra LIVE as well as every practice and qualifying session LIVE.

Eurosport Germany, meanwhile, is set to break the world record for the longest live broadcast of a single sporting event with 26-and-a-half hours of continuous coverage from Saturday afternoon through to Sunday.

As part of its build up to this year’s main event, Legends of Le Mans – an original Eurosport production filmed in Le Mans – will see nine-time race winner Tom Kristensen test four vintage cars to give a never-been-seen-before insight into what it was like to drive them around the legendary 13.6km circuit.

Tom Kristensen will spearhead Eurosport’s live coverage of the main race starting on Saturday 16 June, analysing the best of the action as it happens during an eight-episode ‘series’ of The Coach. Kristensen will be accompanied in the studio by Neil Cole, showcasing best-in-class innovations and augmented reality and presented from Eurosport’s on-site studio in Le Mans.

As well as having the most decorated Le Mans driver in history as part of its team, Eurosport will have Jennie Gow and Sam Hancock in the pitlanes making sure fans are aware of everything going on behind-the-scenes during the race. With Eric Hilary (one title), Benoit Treluyer (three titles) and Henri Pescarolo (four titles) joining Kristensen (nine titles) commentating on the race for the Eurosport network, the broadcaster will have experts with an astonishing 17 Le Mans titles to their name.

Emir Osmanbegovic, SVP Sports Content and Production at Eurosport, said: “With its prestige and incredible history, Le Mans remains one of the highlights on the sporting calendar and we’re incredibly excited to deliver an unrivalled program of activity which showcases the very best of Eurosport.

“We have the best build-up, the best experts and the best innovations. In short, Eurosport has every corner covered in 2018.”

Tom Kristensen, nine-time winner of Le Mans and Le Mans Coach, added: “I feel blessed to be able to offer my opinions about a race I have so much affection for to millions of viewers across Europe on Eurosport.

“Eurosport has a fantastic build-up to the race with lots of brilliant shows, including the Legends of Le Mans series which was so much fun to film. As someone who has so much respect for the heritage and history of the event, it was a real thrill to take a step back in time and experience some of the most iconic cars of years gone by.”

The 24h of Le Mans will be shown to millions of fans in over 100 markets and territories across the Eurosport network in Europe and Asia-Pacific region with local on-site commentary teams in English, French, German, Polish and Spanish. Eurosport will also keep fans up-to-date with everything going on during the race with in-race highlights and instant replays shared on the Eurosport integrated app and Eurosport platforms on Facebook, Instagram and Twitter.

*All programmes on linear on Eurosport 1

21-22h: Le Mans Extra LIVE featuring news, views and interview ahead of the third qualifying session, including episode 2 and 3 of Legends of Le Mans

0835-10h: Qualifying Highlights – catch up on the best of the action from the three sessions at Le Mans

13h: Pre-race coverage of the 24h of Le Mans begins on Eurosport 1, including back-to-back re-runs of Legends of Le Mans series hosted by Tom Kristensen

1430-1500h: The Grid LIVE – Tom Kristensen speaks to the key personalities that matter at this year’s 24h of Le Mans just before the race gets underway

2030-2130h: Best of 2018 – Miss a moment of the action from the weekend? Eurosport will have viewers covered with an extensive program on Sunday evening post-race.