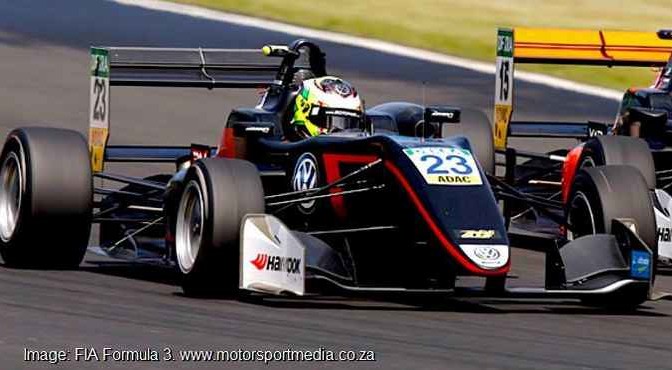 Cape Town driver Jonathan Aberdein once again redeemed a tough weekend in the FIA European Formula 3 Championship when he bounced back to score points against the odds in the final race of the Hungoraring’s second round weekend outside Budapest on Sunday. Aberdein, who also scored on his debut at Pau in France last time out, is now determined to find the necessary pace to take a step forward.

“I was delighted with my race in the final,” Jonathan admitted. “This track is not the easiest place to overtake, so I’m pretty chuffed to have claimed from 14th on the grid to end up eighth and in the points again — making up nine places at Hungaroring is not an easy thing to achieve, but we have a few more points in the bag and now it’s a matter of progressing a little to do that more consistently.

“Overall it was not quite the weekend we’d expected — it’s all about qualifying here and that’s where we battled — we lacked a few tenths where it mattered most, so that’s something I need to work on going forward. “We head to Germany and the Norisring in three weeks time 23-24 June and that’s the first track we get to where I have raced a few times before in German Formula 4, so I’m looking forward to that one!”