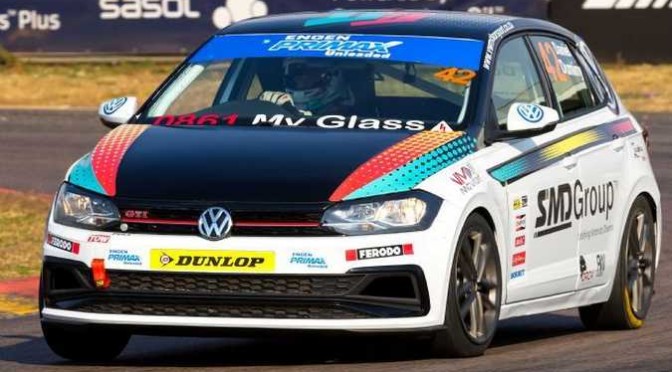 Ballito racer Daniel Duminy went home from Zwartkops satisfied but frustrated following a trying weekend at Zwartkops’ third round Engen Polo Cup races on Saturday. Duminy qualified 8th and survived a wild first race to finish sixth, but was promoted to 5th after another car was excluded. Duminy then went on to take tenth in race 2 for 8th overall and sixth among the Juniors for the day.

“Flip what a weird weekend it has been!” Daniel wrapped it up. “Our results with the SMD Polo were not too bad, but they were also not quite what we really wanted. “I qualified 8th and finished the first race in fifth, but my second fastest lap in qualifying only put me 14th on the grid for the second race, so I had to work hard to fight back to tenth, which put me 6th overall for the day.

“I would like to thank everyone who came down to support me this weekend and also say a special word of thanks to my VMR team and to my trainer Russell White for the unfailing effort and interest. “Next up is East London, the fastest track in the country — bring t on!”