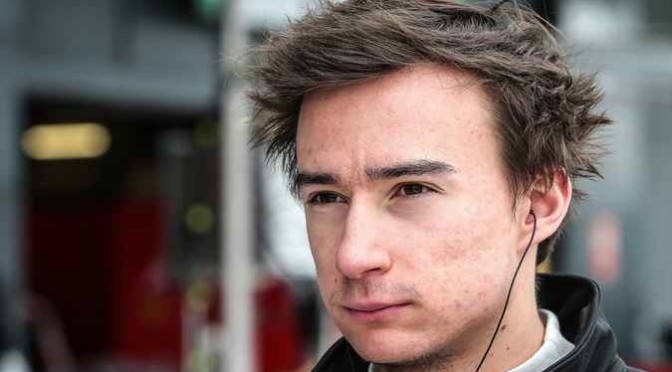 AVF is delighted to announce the agreement reached with Konstantin Tereschenko for the 2018 European Le Mans Series. The Spanish squad, led by Adrián Vallés, is entering its maiden season in European endurance competition and, after signing Henrique Chaves, is providing another and valuable addition to the driver roster.

Born on June 17th, 1994, Tereschenko is a young but very experienced racer with previous experiences in Formula Renault 2.0, EuroFormula Open, GP3 Series and, in the last couple of years, World Series. In the final round of the 2017 season at Bahrain Circuit, he joined the AVF World Series team, delivering an outstanding weekend. He will be back under the AVF banner driving a brand-new Dallara P217, which he already had the opportunity to sample in winter testing, showing great chemistry straight out of the box.

“I am extremely happy for the agreement reached with AVF for the upcoming ELMS championship. It will be the first time in the series for both of us, but I totally trust the team. I met Team Principal Adrián Vallés in last year’s World Series finale at Bahrain Circuit and I immediately felt at home. The whole staff, including mechanics and engineers, is amazing. I like the car, it is a very physical one. In addition, the race format will give us quite a bit of track time, with great chances of improvement throughout the weekend. I would like to thank my G-Energy sponsors. They support me in my ordinary life, and I’m happy to continue with them in my motorsport career “.

“I am amazed to see how quickly these young drivers become attached to our work ethics. It really fills me with joy. Konstantin, as well as Henrique, made an important step. They will be making their debuts in one of the most competitive series in endurance racing, the ELMS. Tereschenko joined us last year for only one weekend in Bahrain, almost by accident, but he immediately found himself at ease with us and with the way we work. From Formula Renault 2.0 to extremely complex cars and environments like the World Series and now the LMP2, we always try to highlight and value the efforts of our drivers.”