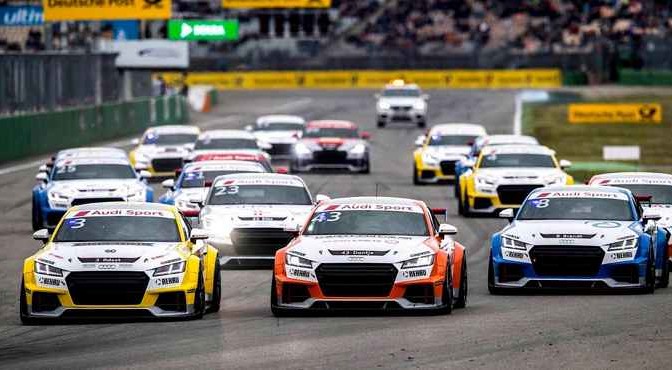 South African youngster Daniel Duminy has been selected out of over 120 applicants from around the world to race in the 2018 Audi Sport TT Cup. The Ballito, KwaZulu Natal teenager, who has raced in the prestigious Engen Volkswagen Cup over the past two seasons, will step up to among the world’s leading one-make series racing around Europe this year.

“I am delighted to finally announce this awesome news I have been waiting patiently to make known for a while now! “Daniel confirmed on New Year’s Day. “I am beyond excited to be taking part in my first international championship in the 2018 Audi Sport TT Cup.

“I will make my debut in May, but I’ve been training flat out since August. “I will also race at home in South Africa alongside my overseas campaign – I will have more news on that in a few days, but I’m over the moon to be racing TT Cup. “I have put my competitive kart racing to the side this year as my focus is now fully on my future main circuit career. “Let’s do this!”

The Audi Sport TT Cup races across Europe over six DTM German Touring Car weekends with 16 drivers selected out of a broad group of applicants from across the globe. Each of the sixteen is allocated an identical Audi TT Cup race car for the season, with up to eight different international celebrities spreading from former Audi Le Mans heroes to TV stars and journalists joining the series each race.