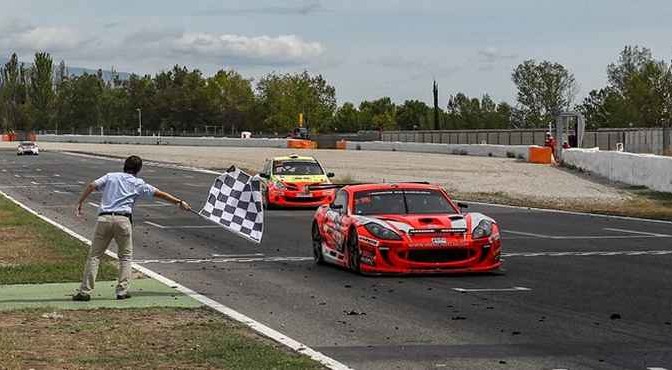 Despite contact on the first lap dropping it to the tail of the field – as well as rear suspension failure caused by a collision during the final hour – a strong run from the Red Camel-Jordans.nl SEAT Leon TCR (#303, Ivo Breukers / Rik Breukers / Bert de Heus / JM Littman) meant the Dutch team rounded out the top 10 at the chequered flag. Just ahead in eighth and ninth were the Pit Lane Competizioni Audi RS3 LMS DSG (#122, Zach Arnold / Roberto Ferri / Alberto Vescovi / John Filippì) and the Bonk Motorsport Audi RS3 LMS (#115, Hermann Bock / Max Partl / Philip Ellis).

With just one round of the 2017 24H TCE SERIES powered by Hankook left to run, QSR Racingschool, MONLAU COMPETICION and CWS are now covered by just three points in the overall Team standings.

In five weeks, the 24H TCE SERIES powered by Hankook heads for its last round with the Hankook 12H SPA-FRANCORCHAMPS, held from 6 to 8 October. That same weekend, CREVENTIC will also host the next round of the 24H PROTO SERIES powered by Hankook with the Hankook 2X6H SPA-FRANCORCHAMPS, the organiser’s first ever event in America also set to take place in early November at the Circuit of the Americas in Texas, USA. Further information can be found at www.24htceseries.com.