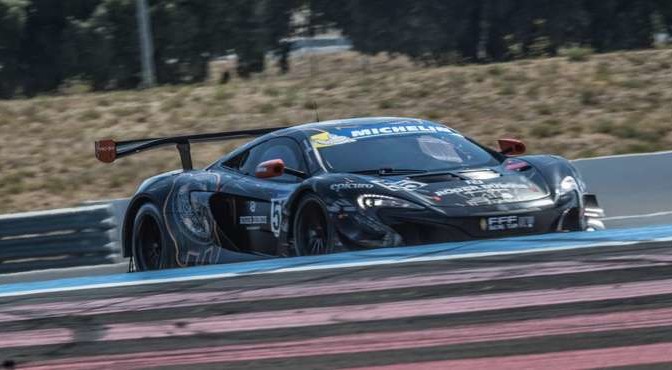 FFF Racing had high expectations heading to Circuit Paul Ricard in the south of France for round four of the Michelin GT3 Le Mans Cup (26-28 August, 2016) but left disappointed after ongoing mechanical and electrical problems blighted the race weekend.

The team were left on the back foot after a mechanical problem side-lined the #55 McLaren 650S GT3 during the Friday running. Following a virtual all-nighter from the hard-working team, the #55 car was all prepped and ready to roll for qualifying in which Hiroshi Hamaguchi qualified in a fine third position.

“A huge thanks to the team,” Hamaguchi stated as he stepped from the car. “We had an engine problem and parts arrived at 2am this morning. The team worked hard through to 7am, so I can’t thank them enough for the huge efforts involved. My nearest rivals are quick and I’m looking forward to racing against them later today.”

The optimism however soon turned to disappointment. Hamaguchi took the start but quickly dropped down the order with an alternator problem and duly retired the McLaren with just eight laps completed.

Despite strong pace, the result is especially disappointing for both Hamaguchi and teammate Adrian Quaife-Hobbs, as the failure to finish makes title success an outside bet with just two rounds remaining.

The next round of the Michelin GT3 Le Mans Cup takes place at Spa Francorchamps, Belgium on 23-24 September, 2016.