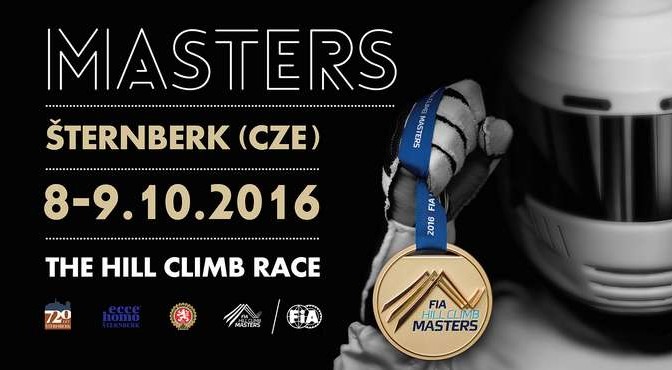 The second edition of the FIA Hill Climb Masters is coming up soon and registration is now open for this exceptional event that will take place in Šternberk (CZE) on 8 and 9 October.

In less than 7 weeks, the top hill climb competitors will invade the small Czech town of Šternberk, in the Olomouc region of the Czech Republic, to compete in the second edition of the FIA Hill Climb Masters on a 3.3 km course. This biennial competition is of a different variety that aims to place the spotlight on this challenging discipline and its expert drivers.

In addition to the classic individual time trial race, where the winners will be awarded gold, silver or bronze medals, there is the Nations Cup, where team spirit and pride will prevail for the four drivers chosen by each federation to represent their country. The winners of the 2014 Nations Cup were the Italians.

The Hill Climb Masters has specific eligibility criteria. The parameters were established in order to guarantee that the event was both one of quality and variety: quality as only drivers who are ranked at the top in several championships of the current year are eligible; variety because the criteria are not only based on the absolute best classifications. Group classifications, including groups specific – and unique – to certain national championships, are also able to register. In that way, certain cars, ineligible for the European Championship but recognised in a national championship, can enter the Masters – in Category 3 which is intended for them – and measure themselves against the top competitors of the FIA Championship and Cup. This makes the competition even more attractive and this element undeniably adds a little spice to it!

REGISTRATION IS NOW OPEN, AND FREE

Most international and national Championships are now coming to a close and the names of drivers eligible for a spot in the Masters start cropping up. Registration can therefore open. It is open as of today and will remain open until midnight on 21 September. As was the case in 2014, it is free of charge to all participants! All drivers benefit from this offer thanks to the joint effort of the club organiser (AMK Ecce Homo), the Czech ASN (ACCR) and the FIA.

Without going into the details related to the eligibility conditions set out in Article 6 of the Sporting Regulations governing the competition (available here), the criteria to be fulfilled in order to be included on the entry list for the Masters are:

A few additional places could be granted, such as to the top Junior driver (under 25 years) and top female driver chosen by their ASN, as well as some wild cards, special invitees who have performed remarkably well, of whom the candidate dossiers will need to be supported by the ASN and selected by the FIA Hill Climb Commission.

Together, all these criteria and conditions ensure that the FIA Hill Climb Masters will bring together a field that is varied in terms of cars, cosmopolitan in terms of its drivers and definitely of high quality.