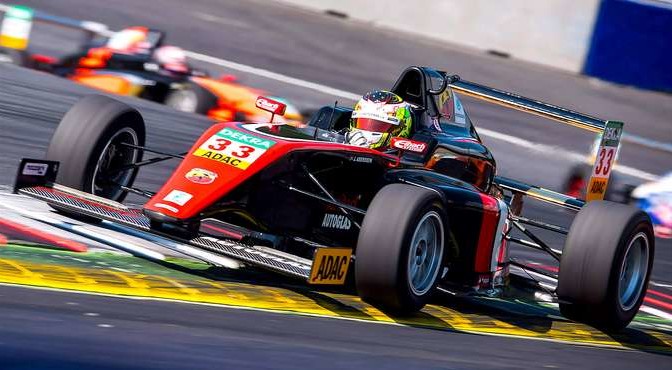 South Africa’s German Formula 4 rookie Jonathan Aberdein endured a tough weekend’s racing at the sixth round of the ADAC championship at Nurburgring over the weekend, although the Cape Town driver scored a top-ten finish in the middle of the three races of a hectic meeting.

“It’s a bit difficult to say something positive about the weekend that we had,” Jonathan admitted. “But ninth was good in the second race and race 3 was absolutely crazy.”

“In all we have not had too bad a season, but the Nurburgring never quite delivered what we expected it to. “I qualified 13th and ended 14th in the first race, but Race 2 was better – I was 11th on the grid and ended up in the top ten again in the race. “I was 14th on the grid for Race 3, but it was a wild ride so I suppose I can be happy to have finished at all in fifteenth.”

Series rookie Aberdein lies seventh in the ADAC Formula 4 Junior championship with two races still to run. “Fifth in the rookie championship is still a possibility and I can end up third if luck runs our way for once,” Jonathan explained. “So we have to be on top of it in Holland in two weeks time if I want to leapfrog the guys ahead of me there.” ADAC Formula 4 heads to the classic Dutch Zandvoort racetrack for its penultimate round in two weeks.