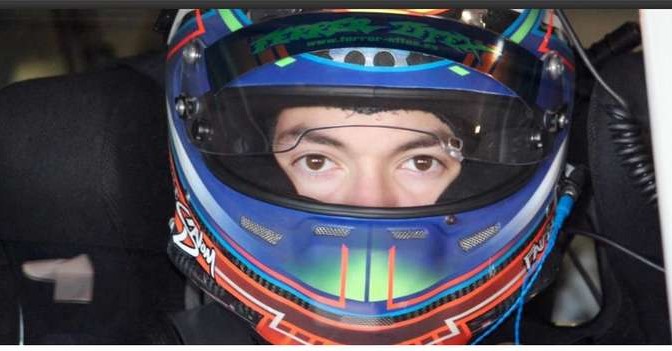 The driver of the Balearic Islands claimed Junior and Trofeo Galfer titles last year and now starts new season with great ambitions in the Spanish Endurance Championship driving a Baporo Motorsport-entered SEAT León Cup Racer TCR. Salom heads to Barcelona for the opening event sponsored by Triatges Menorca, Motorisa Renault Trucks Mallorca, Potencia Alquiler de Maquinaria and Pinturas R-M
The Mahon-born driver is about to start his season in the Spanish Endurance Championship with significant novelties in comparison with his already successful campaign in 2015 when took Junior and Trofeo Galfer titles and ranked 2nd overall in D5. Salom has put a package together with Baporo Motorsport to drive a SEAT León Cup Racer TCR. Salom will pair with Jaume Font, a particularly strong driver line-up for the challenging year ahead. Last week, Salom and his new teammate Font carried out a private testing at the Circuit de Barcelona-Catalunya, where the first stop of the series takes place this weekend. The remaining events will be held at Lédenon (7-8 May), Alcañiz (25-26 June), Valencia (24-25 September) and Jarama (15-16 October). Faust Salom´s quotes: Our season ahead:

“I´m delighted to join Baporo Motorsport and drive new SEAT León Cup Racer because now we complete at the highest class of the series. I will gain valuable experience, learning how this car is and working with a top-team. I am glad to start in Barcelona, because I feel confident about how competitive we will be. After my first outing with the SEAT León Cup Racer, this car is really impressive. I think this year is essential and an incentive to scale future next steps and raise the bar even higher.”
What does this year mean for my career?:

“It´s a great leap forward because I achieved brilliant results in the series last year and, on my debut in the Clio Cup, I also performed pretty well making one-off appearance. My goal is to gain as much experience as possible

with new SEAT León Cup Racer in order to prepare 2017 season. Of course, I will try to win the SEAT León Trophy and new TCR class and to finish first among Junior drivers, because we know how competitive we are.”
Teammate:

“It will be my first year sharing the car with Jaume Font but it looks particularly promising. Our lap times were very similar and our race pace was great. He has plenty of experience with this car and driving the same car I think we will be strong title contenders. I hope the best!”
Special thanks:

“I have to thank my sponsors because otherwise I couldn´t to have this racing program. Triatges Menorca, Motorisa Renault Trucks Mallorca, Potencia Alquiler de Maquinaria and Pinturas R-M make possible I´m driving a SEAT León Cup Racer in the Spanish Endurance Series and go further in the future. Of course, I would like to thank Baporo Motorsport their confidence relied on me. Last but not least, my family, because they are always helping to fulfill my dreams. This will be a learning year, mature as a racing driver and person and continue making progress in motorsport. And taking as many wins as possible!.”
Qualifying session is due to take place on Sunday morning at 9.45 with a 2-hour race getting underway at 14.00. For additional information, visit my profile on Facebook.