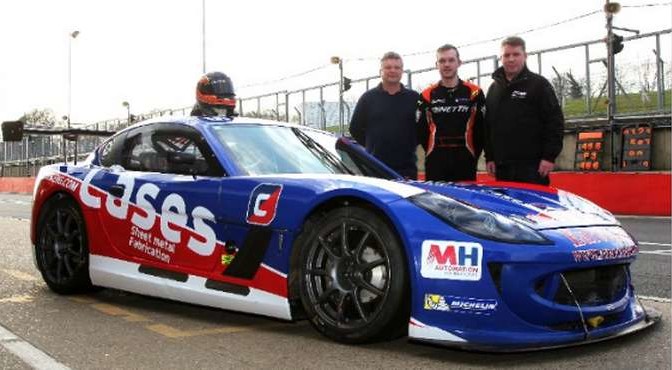 Michelin Ginetta GT4 SuperCup racer Will Burns is set to begin his third season of competition in the championship following the annual pre-season media day at Brands Hatch this week.

Weston-super-Mare-based Burns, 25, who this year switches to top experienced sportscar squad Douglas Motorsport, will line up as one of the early season title favourites.

Burns will take to the Brands Hatch Indy circuit once again when he begins his campaign in Kent (April 2-3), on the support package to the widely popular British Touring Car Championship.

Burns’ switch to Douglas Motorsport, run by eponymous team head Wayne Douglas, will enable the Eurocams Ltd and Cases Ltd-sponsored racer to embark on a full challenge for this season’s crown over the eight scheduled race weekends.

Burns, who is this year competing in the car raced by 2015 Am class driver Chris Ingram, finished third in the combined test session times throughout the media day.

“I’m really settling in well with the whole Douglas team and have been impressed with the professionalism, it feels like I’ve been with them for a lot longer,” Burns said. “I’ve been learning new aspects of the 2016-spec GT4 car. Primarily the new harder compound Michelin tyres.

“They’re something to get used to, so testing is all about getting your head around how to use and manage them best throughout a weekend.

“I’m feeling ready and prepared for the year ahead and to regularly challenge at the front of the pack. I’m excited for what this year could bring.”