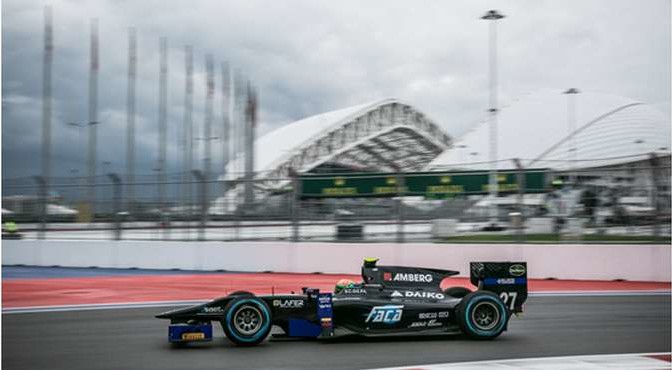 The only driver from Spain in the series will start penultimate round of the GP2 Series at the Sakhir International Circuit tomorrow. Team Lazarus driver aims at scoring a fair amount of points and climbing places in the overall classification.

Sergio Canamasas approaches two extremely demanding weeks ahead as the Barcelona-born driver will contest the final two rounds taking place in Bahrain, next weekend, and Abu Dhabi, at the end of the month. Both circuits are a well-known field for Team Lazarus driver based on prior years´ experience and, of course, preseason testing. Besides, it should be highlighted the Sakhir International Circuit hosted the season opener in April. Canamasas almost made it into the top-ten on Saturday.

“Well, finally we already head to Middle East for the final two events of the season. It is a shame because the season comes to an end and I always like racing but anyway it was a positive season with good results at weekends such as those taking place at Monaco and Monza. My goal is the continuation of such positive results”, Canamasas comments and stressing that “Michelin rubber used by WEC cars, with who we share this meeting in Bahrain, could play an important role, maybe changing track conditions. Our goal is to gain experience and to get a head´s start on our rivals. Everyone in the series knows this track, both drivers and teams, so even the smallest detail could make a difference.”

Christian Merli in gara a Spal