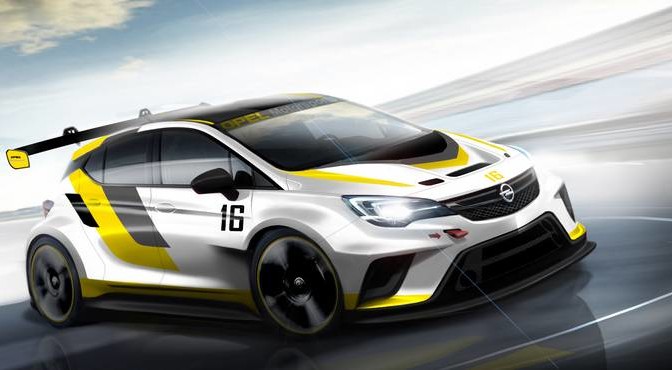 Opel Motorsport has announced that the new Astra OPC is being developed according to the TCR technical regulations for national and international customer racing.

The racing car, based on the new Astra K, will celebrate its world premiere at the Frankfurt Motor Show (IAA) in September.

The Astra TCR is powered by a two-liter turbo-charged engine having an output of 330 bhp and a maximum torque of 410 Nm.
“Touring car racing has always been an important part of Opel. The philosophy of the new TCR series corresponds to our idea of customer racing. We want to give ambitious privately owned teams a platform for exciting sport at reasonable costs,” said Opel Group CMO Tina Müller.

The Opel Astra TCR is currently under development and the technical specifications will be announced at a later date. Testing of the new customer sports touring car is set to start in October.

TCR International Series promoter Marcello Lotti commented: “We are very pleased with Opel’s decision. We knew they were seriously evaluating the TCR concept in the latest month, and now the announcement that the new Astra is being developed in TCR-specs makes us very proud and adds another premier automobile brand to the TCR world.”