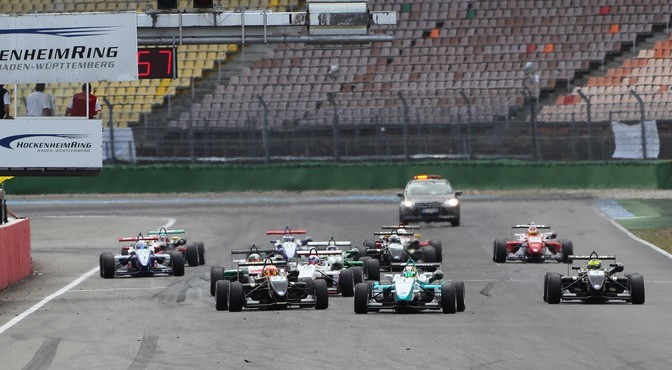 Given the recent incidents at Spa-Francorchamps, no reasonable person will doubt that many drivers contesting the Formula 3 European Championship have been completely out of their depth. Big grids and an enormous amount of pressure to perform add to the problem.

In the past two years the FIA did everything in their power in order to tighten the restrictions on national Formula 3 series, which made it impossible to organise a national racing series any longer. As a consequence, the two remaining national Formula 3 championships in Europe, the German and the British series, had to throw in the towel at the end of 2014.

However, the scary incidents at Monza and Spa with cars overturning clearly show and are a terrifying proof that the direct switch from a national Formula 4 series to the Formula 3 European Championship is not working out as planned. The young drivers are lacking both the respect for their competitors and the fear of crashing. It is only due to the high safety standard in Formula 3 that there have been no major injuries so far. Do those responsible intend to wait until this happens that a driver is no longer able to get out of their car after crashing?

The FIA should finally show courage and close the obvious gap in terms of drivers’ skills between Formula 4 and the Formula 3 European Championship in a reasonable manner and with a focus on safety and – instead of obstructing the national Formula 3 series – issue a mandatory requirement for all drivers advancing from Formula 4 to contest a national, FIA regulated Formula 3 series for a year of learning before moving up into the Formula 3 European Championship.