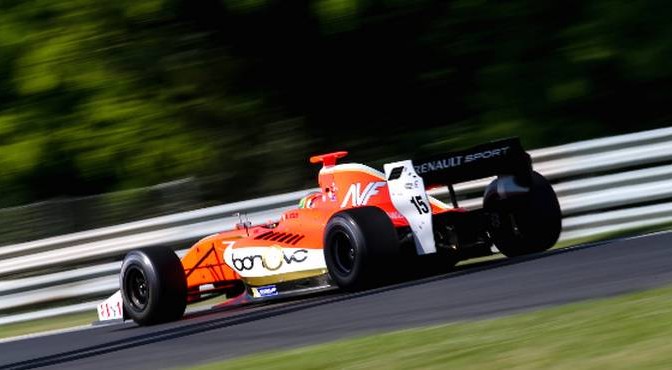 The World Series by Renault completed the second race of the weekend today in Budapest, as team and drivers completed round four of 2015. Alfonso Celis Jr. and Beitske Visser once again confronted the 4.3-kilometer Hungaroring, built just outside the capital city of Hungary. They respectively ended up their day in the 15th and 16th place. The race was conditioned by the torrid temperatures, which stayed over 30°C for the whole weekend, and by the twisty nature of the venue that makes passing almost impossible.

“We did out utmost with what we had in qualifying, but it didn’t end up great. During the race I didn’t have a phenomenal start, and we have yet to understand what happened, whether it was my mistake of there was an issue on the car. That said, the balance throughout the day was good, but there’s definitely no chance for overtaking here”.

“Qualifying didn’t go well as we made too many mistakes. I had a good start of the race. In turn 2, I got to the outside lane, but most of the people opted for the same solution so I found myself stuck in traffic. After having passed Latifi I held my position. We started with used tires, and the car was a little tough to drive, but with the new tires our pace was quite good”.