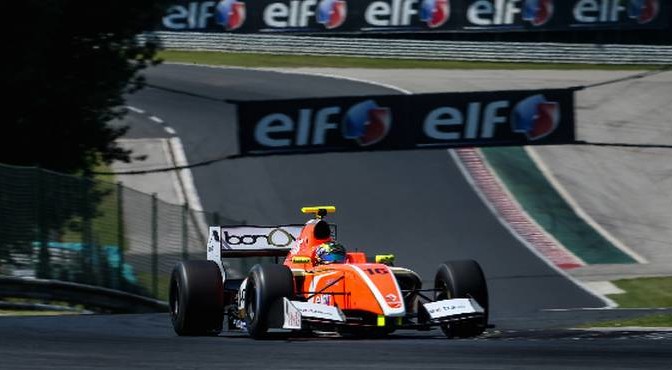 AVF was back to the points zone once again at Budapest, as the team managed by Adrián Vallés lined-up for Race 1 of the fourth World Series by Renault round of 2015. Thanks to a 9th place finish captured by Dutch female racer Beitske Visser in torrid weather at the Hungaroring, the Spanish squad scored valuable points as all the participants – teams and drivers – had to display good resistance in tough atmospheric conditions.

No issues were to report on the Gibson-powered Dallaras of the AVF team that completed the races on pace. Mexican Alfonso Celis Jr., who battled with several other opponents throughout the day, ended up with a 14th place.

“Qualifying went pretty bad because I encountered some heavy traffic that prevented me from using the full potential of the car and my potential too. At the start I held the position and I joined a pack of cars. Unfortunately, passing is almost impossible here. I gained one spot on Ellinas who was penalized, but due to the fact that I was following the others closely, I also worn out the tire quite a bit and had to struggle to keep the car on the right line.
Beitske Visser (#16) Qualifying 1: P13 1’29”901 – Race 1: P9 +27”475

“I didn’t put together the right potential during this morning’s session, a situation that forced us to start well down the order. At the start I stayed away from trouble and managed to get to the top half of the chart. During the race, one of the drivers I had in front went off-track and I took P9 which I kept until the flag fell. After some unlucky breaks and issues I finally managed to take a points finish”.
Sunday: Qualifying 2 8:30 – Race 2 13:00