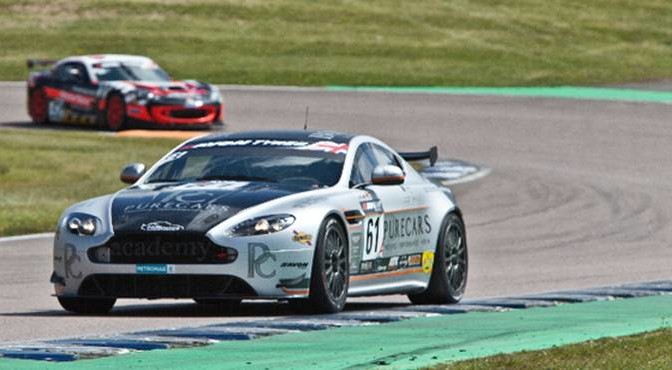 British GT race-winning squad Academy Motorsport has recruited experienced GT racer Ade Barwick for its attack on a strong grid of GT4 cars this weekend, as it takes a two-car line-up to the Aston Martin Festival of Le Mans.Barwick, who regularly competes in the British GT Championship and finished third in the standings in 2014, has never raced an Aston Martin machine before. He will team up with Academy’s regular racer Will Moore.

The team will also field its second Vantage GT4 racer at Le Mans. Team boss Matt Nicoll-Jones plans to put his professional racing skills to the test in one of the seats with the second seat still available alongside him.

“This is an amazing opportunity which has come about at just the right time in my schedule,” Barwick says. “I was planning on heading to Le Mans and the Aston Martin Festival anyway and saw the opportunity.

“Not many people can say that they’ve had the opportunity to race around the full Le Mans circuit, on the same weekend as the annual 24 hour race. That opportunity probably won’t happen again for me, so it was something I couldn’t pass up.

“The Academy Vantage GT4 cars are brand new this year, the team has already stood on the podium at a round of this year’s British GT Championship with the cars, so I know that they will give Will and I a great car to compete with.

“I’m doing this for the history and experience of racing at Le Mans. I don’t know my way around the circuit but I’m certainly going to enjoy the car!”

Team boss Nicoll-Jones added: “Ade is a great addition to the team, he’s a fantastic bloke and it’s a great coup for us to have him for Le Mans. I think that both he and Will Moore will perform extremely well.

“I’m going to suit myself up too and prepare to race my heart out around such a legendary circuit like La Sarthe. I would ask anyone who would like to join me at this stage, to contact me directly as this is an opportunity which just cannot be missed. Ade did just that and he’s looking forward to his first appearance at Le Mans.”