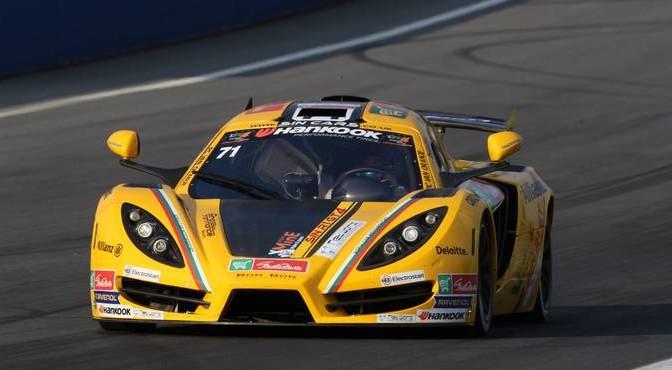 Driving pairs Peter Ebner (AUT) / Sascha Halek (AUT) and Rosen Daskalov (BRG) / Hendrik Still (GER) will each start a race of the Competition102 GT4 European Series at the Austrian Red Bull Ring from pole position. After winning a race in Zandvoort, Ebner topped the session for AM drivers with the KTM X-BOW GT4. Still was fastest with the Sin R1 GT4 in the second part, grabbing pole for race 2. Both races will be live streamed on Sunday at 9:20 hr. and 15:35 hr. (CET) at www.gt4series.com/live and the iPhone app.

The battle for pole positions in the Competition102 GT4 European Series was thrilling as the top of the standings changed every minute. First up were the AM drivers, qualifying for race one. Ebner showed in the fifteen-minute session that track knowledge counts and outperformed his teammate Daniel Uckermann (GER) who missed out pole by just three tenths of a second. Marcos Sieber (ARG) challenged the KTM X-BOW GT4 drivers to start in front as well, but settled in third with the Sin R1 GT4. A welcome surprise was the performance of Oskar Krüger. The Swedish competitor with the BMW M3 GT4 lapped the 4.326 km track a bit quicker than championship leader Marcel Nooren (NED) and reigning champion Bernhard van Oranje (NED).

“I didn’t really expect to be on pole position, but it is a great achievement,” said Ebner. “We are in the best position, but I think it won’t be easy to win my home race. I’m preparing for a hard fight!”

After a trouble free first session, Marcus Clutton caused a red flag with his Chevron GT4 in the qualifying for the PRO drivers as his left rear wheel came loose. The remaining cars came back to the pit lane and the drivers prepared themselves for a final attempt to take pole position. Still had set the best time so far this weekend and didn’t improve in the remaining minutes. His teammate Jose Luis Talermann (ARG) did and missed pole by just 0.032 s. Duncan Huisman (NED) qualified in third with the Chevrolet Camaro GT4, beating reigning champion Ricardo van der Ende (NED) by 0.01 s. The first KTM X-BOW GT4 car was ranked fifth, piloted by Uckermann.

“Unbelievable, I’m so happy”, responded Still. “The car was good and we’ll see in the race how it will perform on a long distance. I want to thank all the mechanics who’ve worked day and night in Bulgaria and we have two engineers coming over from the United Kingdom to help us here. We’re really pleased by securing pole position.”