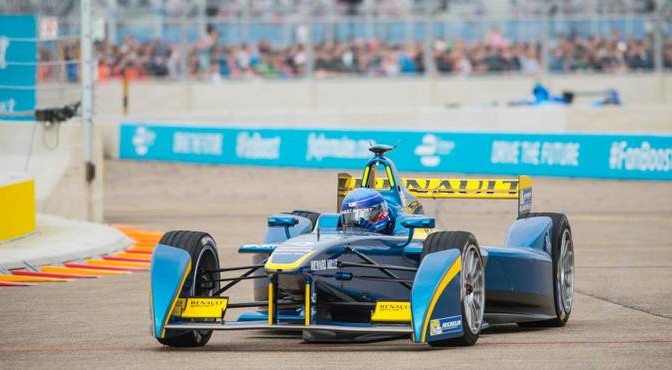 In 1964 French star Gilbert Becaud sang “the Red Square is empty.’ That was just over 50 years ago. This weekend it will be packed with people. On Saturday 6th June Formula E comes to Moscow like modern Cossacks on electric steeds for the second-last round of what has been a thrilling and instructive first season.

e.dams-Renault leading the field will arrive at the foot of the Kremlin in a position consolidated by the exclusion in Berlin of the championship leader in the drivers’ ratings, Lucas Di Grassi. It was a major upset in late May that enabled Sébastien Buemi to move up into second place in the classification. The Swiss driver in the e.dams-Renault team will be making his first visit to the Russian capital, something he is looking forward to. “The only part of Moscow I’ve seen so far is the airport so I’m delighted to discover the Red Square! I’ve tested the circuit on a simulator and it’s a mixture of Long Beach and Monaco. It’s an interesting layout and there are two or three places where overtaking is possible plus a very quick chicane. So all the elements are there to put on a great show. It’s up to us to confirm our encouraging form and score the maximum number of points towards both the drivers’ and teams’ championships.”

For his team-mate Nicolas Prost the challenge will be the same, maybe even a bit tougher, as Lady Luck didn’t smile on him in Berlin. “We really suffered in Germany but I think we’ve understood why. As a result we’ve done a lot of work to ensure optimal preparation, and I’m determined to do everything it takes to get back among the front-runners in Moscow. It’s also my first time in this city, and from what I’ve seen the circuit laid out around the Red Square looks fantastic.” With three races to go to the finish, the blue army is ready to sound the charge in Russia before the final battle in England!

Virgilia Landrain (marketing manager): “First of all a big thank you to our supporters for helping Sébastien Buemi to benefit from the fanboost in Berlin. There are only three races left and our drivers really need your support to defend and improve their positions. The Moscow circuit provides overtaking opportunities so no let up in our efforts! Thank you.”