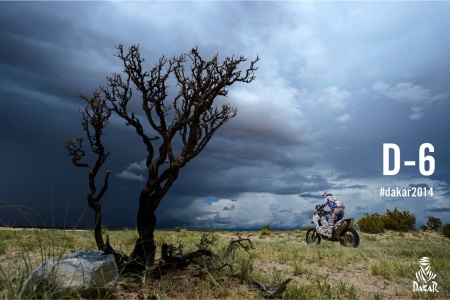 The media success of the Dakar has been evident in all formats since it started. This success now continues in the digital domain, which attracts web surfers in their millions and creates an enormous community on social networks in the process. In 2014, fans and followers will be able to get right into the heart of the rally. Dakar.com: a new mobile app. Allowing web surfers to follow the Dakar as it unravels is the mission of the dakar.com website. It provides live information from the start of each special stage until the arrival of the first trucks through a series of dispatches that is updated daily. Fans of the rally will be able to simultaneously see the classification, interviews with key drivers/riders in each stage, the experiences of amateur competitors or behind-the-scenes shots of the event’s organisation in the ‘Dakar Mag’ section.

All the official videos of the rally will be available every day on the official rally website, and also on the dedicated channels set up on YouTube and Daily Motion. In 2013, there were 5 million hits on video clips of the rally. The content published on dakar.com (classification, positions, stage maps, photos, videos, etc.) is also available on the mobile app, which has been redesigned this year. It is still free of charge and can be used on any iPhone or Android smartphone.

Almost 850,000 fans on Facebook and over 100,000 subscribers to Twitter have already decided how they are going to participate in the Dakar. On Facebook, the key moments of the race will be relayed from the stage and a ‘Pic of the Day’ will be selected from among the photos taken by spectators along the way. This year the official Twitter account will relay key information throughout the day, and bulletins, interviews and other updates will be published on the website in three languages (French, English, Spanish).

Exclusive daily bulletins will also be sent to followers so that they can see what is happening in the bivouac at the end of the day (#insidedakar), ask the competitors questions directly (#askdakar) or follow night-time arrivals (#dakarnight). All the information on Twitter will be included under the official hashtag #dakar2014.

Another new feature is that the content simultaneously published on #dakar2014 and Twitter, Instagram and Facebook will be added to the My Dakar digital platform at www.dakar.com/mydakar. An official account has also been created on the social network BBM (in English and Spanish). A Chinese version will also be adapted for Weibo, a social network with 500 million users!

ROULETTE AMARA PER JTEAM A SCO